Should I hire a wedding band or dj for my wedding

You may think that the biggest battle is deciding where to seat dear Aunt Susan who doesn’t like Cousin Jim, or maybe it’s picking out reception food. What about how your reception music will be delivered? Are you going to choose a wedding band or DJ?

When weighing the pros and cons of hiring a seasoned DJ versus a live band, there are a handful of important factors to consider.

If you decide to go the live band route…

Listen to the band (if it’s possible to check out a live performance without it being another couple’s wedding, even better). If you’re watching a taped performance, analyze how easily the band moves from song to song, if they engage with the crowd, and the quality of their music. Having a live band will definitely give your wedding a distinct feel. The band’s interpretation of the songs will create the atmosphere and energy level of the evening. (Music Tip: Remember that the band will be playing the songs according to their own style, so if you’ve been dreaming of having your father-daughter dance to a specific song done the original way, then maybe a live band isn’t the best option.)

If you decide to go the professional DJ route…

Remember that All About You Entertainment has the most professional, experienced wedding DJs in the Savannah area. Unlike live bands, DJs have an insanely impressive amount of songs to choose from (like over 100,000 songs that are constantly being updated to include the newest hits) and will allow couples to create a playlist based on their style and favorite tunes. Professional wedding DJs also have training to work receptions, so they know exactly what to say and when to say it, allowing your evening to flow as smoothly as possible. (All About You Entertainment also offers a 24/7 planning tool and unlimited consultations so that your wedding can be absolutely perfect.)

Ready to dance? Tell us about your event

Copyright © 2019 All About You Entertainment, All rights Reserved.
Created by Boost By Design
Quick Contact

We're not around right now. But you can send us an email and we'll get back to you, asap. 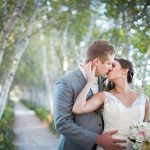 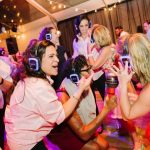 What is Silent Disco, and Why Does Your Next Party Need It?DJ, Music, Newest Trends